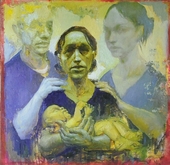 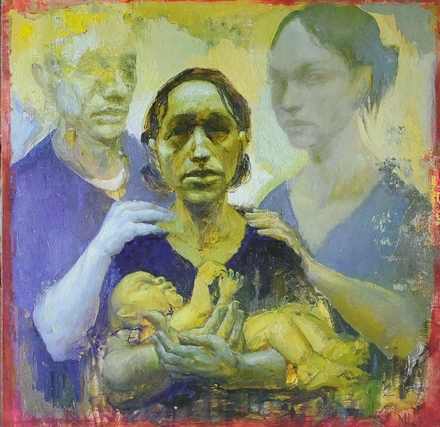 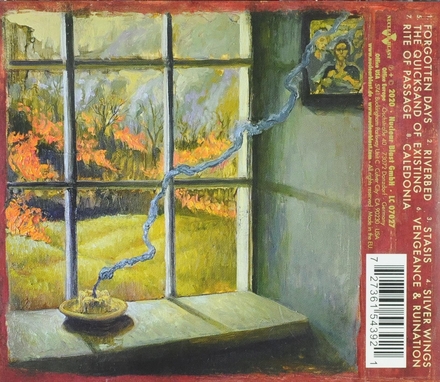 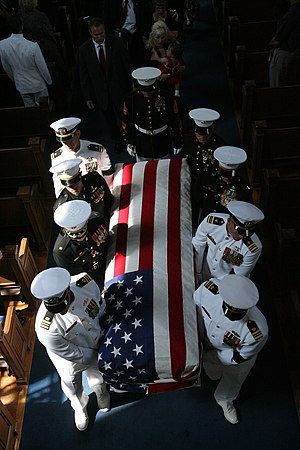 A pallbearer is one of several participants who help carry the casket at a funeral. They may wear white gloves in order to prevent damaging the casket and to show respect to the deceased person.

Some traditions distinguish between the roles of pallbearers and casket bearer. The former is a ceremonial position, carrying a tip of the pall or a cord attached to it. The latter do the actual heavy lifting and carrying. There may otherwise be pallbearers only in the symbolic sense if the casket is on an animal or vehicle.

In Western cultures, the pallbearers are usually male family members, close friends, or colleagues of the deceased. A notable exception was the funeral of Lee Harvey Oswald, in which reporters, pressed into service to carry the coffin, outnumbered the mourners. In some African cultures, pallbearers are not family members but are staffs of professional funeral agencies who are paid for their services.The first duty of…Read more on Wikipedia

Work of Pallbearer in the library 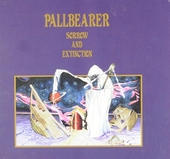